PA Political circus: Why Abbas must hand over the PLO keys 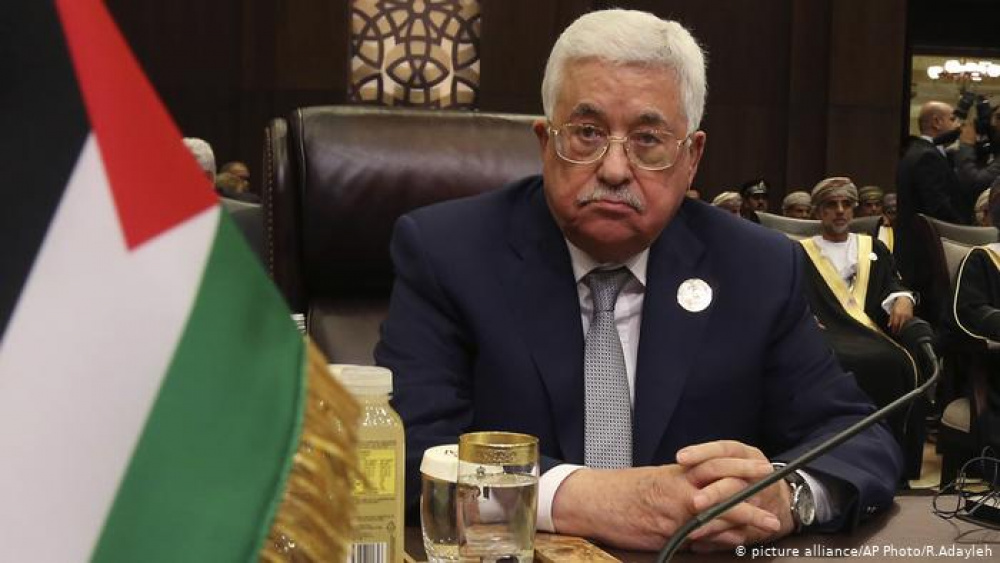 Published in Palestine
Tagged under

Little is known about this ‘counter proposal’, apart from the fact that it envisages a demilitarised Palestinian state within the pre-1967 borders. We also know that the PA is willing to accept land swaps and border adjustments, a provision that has surely been inserted to cater for Israel’s demographic and security needs. It is almost certain, however, that nothing will come of Shtayyeh’s counter proposal, and no independent Palestinian state will result from the seemingly historical offer. Why then did Ramallah opt for such a strategy only days before the 1 July deadline, when the Israeli government of Benjamin Netanyahu is expected to launch its process of illegal annexation in the occupied West Bank and the Jordan Valley?

The main reason behind Shtayyeh’s announcement is that the PA leadership is often accused by Israel, the USA and their allies of supposedly rejecting previous ‘peace’ overtures. Correctly so, the PA rejected the ‘Deal of the Century’ because it represents the most jarring violation of international law yet. It denies the Palestinians’ territorial rights in occupied East Jerusalem, completely dismisses the right of return for Palestinian refugees, and gives carte blanche to the Israeli government to colonise more Palestinian territory.

In principle, Netanyahu also rejected the American proposal, though without pronouncing his rejection publicly. Indeed, the Israeli leader has already dismissed any prospects of Palestinian statehood and has decided to move forward with the unilateral annexation of nearly thirty per cent of the West Bank, without paying any heed to the fact that even Trump’s unfair ‘peace’ initiative called for mutual dialogue before any annexation takes place.

As soon as Washington’s plan was announced in January, followed by Israel’s insistence that the annexation of Palestinian territories was imminent, the PA spun into a strange political mode, far more unpredictable and bizarre than ever before. One after another, PA officials began making all sorts of contradictory remarks and declarations, notable among them being Abbas’s announcement on 19 May to cancel all agreements between the Palestinians and Israel. This was followed by another announcement, on 8 June, this time by Hussein Al-Sheikh, a senior PA official and Abbas confidante, that if annexation were to take place, the Authority would cut off civic services to Palestinians to force Israel to assume its legal role as an occupying power as per international norms. Then a third announcement was made the following day by Shtayyeh himself, threatening that if Israel were to claim sovereignty over parts of the West Bank, the PA would retaliate by declaring statehood within the pre-1967 borders.

The Palestinian counter-proposal was declared soon after this hotchpotch of announcements, most likely to offset the state of confusion that is marring the Palestinian body politic. It is the PA’s way of appearing proactive, positive, and stately. The Palestinian initiative also aims at sending a message to European countries that, despite Abbas’s cancellation of agreements with Israel, the PA was still committed to the political parameters set by the Oslo Accords in September 1993.

What Abbas and Shtayyeh are ultimately hoping to achieve is a repeat of an earlier episode that followed the admission of Palestine as a non-state member of the United Nations General Assembly in 2011. Salam Fayyad, who served as the PA’s prime minister at the time, also waved the card of the unilateral declaration of statehood to force Israel to freeze the construction of illegal Jewish settlements. Eventually, the PA was co-opted by then-US Secretary of State, John Kerry, to return to another round of useless negotiations with Israel. This won the PA another ten years, during which time it received generous international funds while selling Palestinians false hope for an imaginary state.

Sadly, this is the current strategy of the Palestinian leadership: a combination of threats, counter proposals and such, in the hope that Washington and Tel Aviv will agree to return to a bygone era. Unfortunately, but hardly surprisingly, it seems the Palestinian people, occupied, besieged, and oppressed, is the least relevant factor in the PA’s calculations. The PA has operated for many years without a semblance of democracy, and the Palestinian people neither respect ‘their government’ nor their so-called president. They have made their feelings known, repeatedly, in many opinion polls.

In the last few months, the PA has used every trick in the book to demonstrate its relevance and seriousness in the face of the dual threat of Trump’s ‘Deal of the Century’ and Netanyahu’s annexation of Palestinian lands. Yet, the most significant and absolutely pressing step, that of uniting all Palestinians, people and factions, behind a single political body and a single political document, is yet to be taken. It is, therefore, no exaggeration to argue that Abbas’s Authority is gasping its last breath, especially if its traditional European allies fail to extend a desperately-needed lifeline. The guarded positions adopted by EU countries have, thus far, signalled that no European country is capable or willing to fill the gap left open by Washington’s betrayal of the PA and of the ‘peace process’.

Until the PA hands over the keys to the Palestine Liberation Organization (PLO) so that the more democratically representative Palestinian body can start a process of national reconciliation, Netanyahu will, tragically, remain the only relevant party, determining the fate of Palestine and her people.

* Ramzy Baroud is a journalist and the editor of The Palestine Chronicle. He is the author of five books, his latest being These Chains Will Be Broken: Palestinian Stories of Struggle and Defiance in Israeli Prisons. His website is www.ramzybaroud.net

Last modified on Sunday, 28 June 2020 10:28
Tweet
More in this category: Engaging the World: The ‘fascinating story’ of Hamas’s political evolution »
back to top