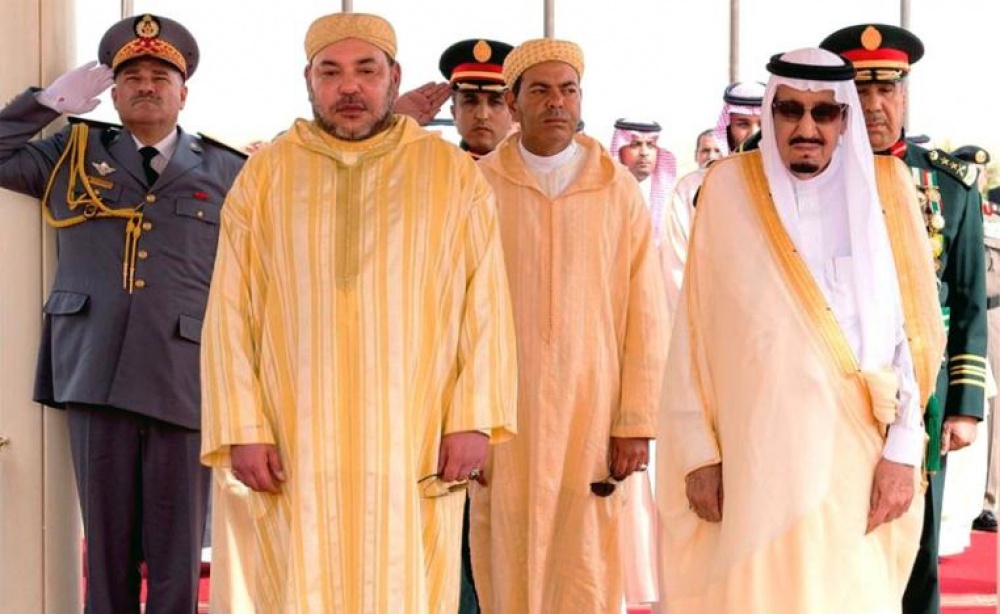 Published in Morocco
Tagged under

Moroccan-Saudi relations have never been as cool and strained as they have become in the past week, following a report on the Western Sahara disputebroadcast on Al-Arabiya, a television channel close to decision-making circles in Riyadh. The report blatantly deviated from Saudi Arabia’s traditional pro-Rabat line, and was a reaction to an interview on Al Jazeera by Morocco’s foreign minister,Nasser Bourita where he had sketched Morocco’s new foreign policy guidelines, focusing on Morocco’swithdrawal from the Saudi-led coalition in the war in Yemen.

Morocco’s immediate response to the Al-Arabiya report was to recall its ambassador from Riyadh ‘for consultations’. This is an inappropriate reaction since it was not an official Saudi position that overtly threatened Morocco’s strategic interests.  Reports on a media channel cannot be construed as reflecting the official stance of a state, regardless of its connections with those in power, especially when considering the assertion made by Morocco’s top diplomat that his country has strategic relations with the Gulf states.

Since three Gulf countries – Saudi Arabia, UAE and Bahrain – and Egypt had decided to blockade Qatar, signs of a quiet crisis had emerged not only in relations between Rabat and Riyadh, but also between Rabat and the Abu Dhabi. Morocco did not yield to calls to boycott Qatar, but rather sent food to Qatar and sought to heal the rift between the Gulf countries. This did not sit well with Saudi Arabia and the UAE, whose leaders expected Morocco to abide by the decisions of Riyadh and Abu Dhabi, or, more correctly, the decisions of their respective strongmen, Mohammed bin Salman (MbS) and Mohammed bin Zayed.

Tensions worsened when Saudi Arabia refused to back Morocco’s bid to host the 2026 Football World Cup.  Turki Al-Sheikh, then chair of Saudi Arabia’s General Sports Authority and an official close to the Saudi crown prince, tweeted provocatively that grey zones were no longer acceptable and that ‘you are either with us or against us’. He mocked Morocco for leaning towards a little ‘emirate’ – meaning Qatar – and, in a spiteful tone, advised the north African kingdom to turn to the ‘tiny emirate’ for help, which, he said, would be futile since everyone knew ‘where the lion’s den can be found’.  Prince Bandar bin Sultan, an expert in Morocco-Saudi relations and a former Saudi intelligence official, further asserted that the time for flattery had passed.

When MbS was in Paris in March 2018, the French president, Emmanuel Macron, attempted to bring together the Moroccan king, Mohammed VI, the Lebanese prime minister, Saad Hariri, and MbS, even recording the event for posterity through a selfie. However, that did not persuade the Saudis to reconsider their position on the Moroccan bid. Not only did Saudi Arabia vote against Morocco – even though all Arab states had undertaken at an Arab League summit in Riyadh to back Morrocco – it also led a campaign supporting the US-Canada bid.  Further, it went to great lengths to vilify Morocco, mocking its Berber origins and economic situation through social media.

The straw that broke the camel’s back, however, was Morocco’s neutrality over the murder of Saudi journalist Jamal Khashoggi. Riyadh refused to accept such a position a state it viewed as a strategic ally.  The situation became more complicated when Rabat declined to host the Saudi crown prince while he was on a regional tour en route to the G20 summit in Buenos Aires at a time when he was desperate to break out of his isolation. MbS visited Tunis and Algiers but skipped Rabat, ostensibly due to the Moroccan king’s tight schedule which did not allow for a meeting, as Morocco’s foreign minister explained.

Is it ‘a passing cloud’?

Morocco’s ambassador to Riyadh referred to the spat between the two countries as ‘a passing cloud’. However, the current diplomatic crisis between Morocco and Saudi Arabia is actually the culmination of a series of successive developments. Moroccan-Saudi relations will not return to their former state of close relations whose foundations were laid during the rule of Morocco’s King Hassan II and Saudi Arabia’s King Fahd. It was during this period that Hassan II established an American-style university in the heart of the Atlas and named it the Akhawan University (the university of the two brothers) in reference to himself and Fahd.

Spurred on by the aftershocks of the ‘Arab Spring’, Saudi Arabia set up what has been referred to as a ‘club of monarchs’, which included Gulf Cooperation Council (GCC) states together with Morocco and Jordan. During the 2016 GCC summit, Morocco pledged unqualified commitment to the security of Gulf states, a position best illustrated by the king’s pronouncement that ‘whatever affects you, affects us’.

But this posture did not sit well with the new crop of leaders in Saudi Arabia and the UAE, whose education and outlook starkly contrast with those of their predecessors. The old generation remained true to their Arab pride and to a sense of belonging to the Islamic community – even if these were leveraged as stock-in-trade, as in a business. The new generation, however, does not care much about Arab values, fully embraces current global financial trends, comes across as pragmatic (at times even beyond the bounds of reasonableness), and sees Islam and movements operating under its banner as a threat that warrants their enmity.

What Saudi Arabia did through the Al-Arabiya documentary was not merely a rap on the knuckles;  it signalled a new way of dealing with Morocco, one where all means of inflicting harm and causing disparagement are legitimate. It feels betrayed by its closest ally in the region, and decided to inflict on Morocco similar treatment to that it meted out to Lebanon in 2015, when it closed sea routes and released the names of collaborators and recipients of remuneration, privileges or commissions from Saudi Arabia.

Morocco’s firm and wise response should not focus only on defending its strategic interests, but on doing it well.  Securing the right to host an international sporting tournament cannot be considered a strategic interest, and should not be identified as a factor in determining relations with any other state. Those in power in Rabat must be reminded of this principle. The strength of any county’s foreign policy stems from its ability to reflect the interests of all its people, not only the interests of a specific category of people, and not by yielding to transient considerations of unknown origins and objectives.

Hassan Aourid is a former spokesperson of the Moroccan royal palace and a lecturer in political science at Muhammad the Fifth University in Rabat.