UN’s Libya Government of National Accord: Refusing to learn from past experience 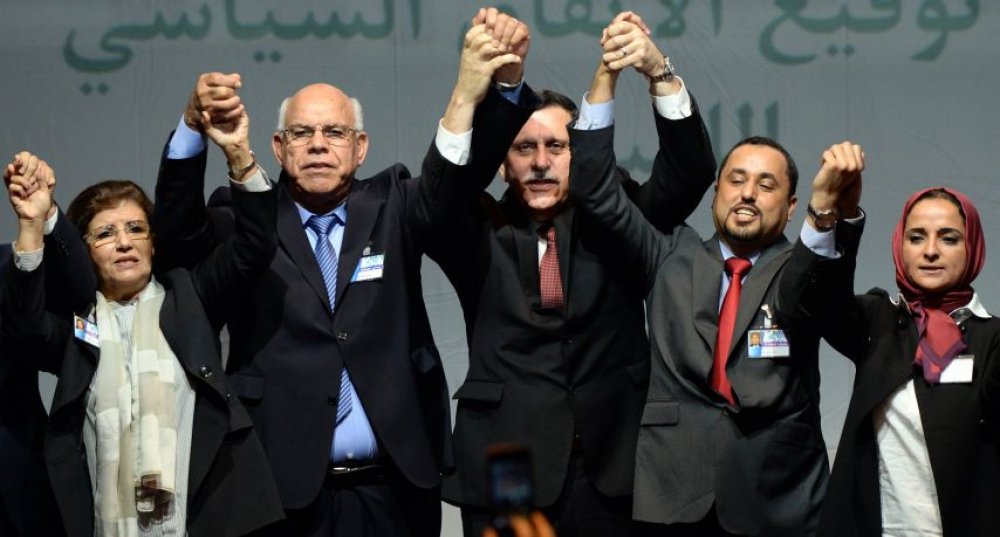 The recently-signed agreement between sections from Libya’s warring factions will likely have little impact as most Libyan political players and militia groups oppose it, and because local initiatives and views were ignored during its conceptualisation.  The deal could increase fragmentation in the already gridlocked Libyan political situation, and provide more space for the growth of the Islamic state group (IS). Further, foreign intervention, under the guise of supporting the new ‘Government of National Accord’ (GNA), is becoming an increasingly distinct possibility, and was key in informing the international community’s support for the deal.

The agreement, signed in the Moroccan resort of Skheirat, ends a year-long negotiation process. The negotiations followed the reconvening of the General National Congress (GNC) in Libya in August 2014 in opposition to the internationally-recognised House of Representatives (HoR) based in the eastern city of Tobruk. The deal envisages the creation of a seventeen-member government, led by the little known Faez Serraj as prime minister, and deputies representing the provinces of Fezzan, Tripoli and Benghazi, who will be based in Tripoli. The internationally recognised House of Representatives (HoR) will play a legislative role, while the GNC will play an advisory role. Only members from both institutions who had signed the deal will, however, be regarded as being members of the two bodies.

Initially a bottom-up process which sought to incorporate civil society and lower level political actors such as mayors and town councillors into a process of finding solutions, the ‘negotiations’ have become a diktat from foreign powers.  Diplomats have threatened sanctions for ‘spoilers’, refused to recognise the results of internal negotiations between the GNC and HoR, and stated that the agreement is unalterable. Further, the credibility of the UN has been tarnished by its partiality in the negotiations process. At the core of this heavy-handed attitude is the fears of foreign powers, particularly the USA and European Union, of migration and the growth of IS. Libya is viewed as a transit hub for African migrants seeking to enter the EU through Malta, a fear amplified by IS’s consolidation in the port city of Sirte. Western states regard Libya as a growing alternate IS base, and thus see intervention as inevitable. Already US and French aircraft have carried out operations in Libya, and Britain and Italy are likely to deploy ground troops in the country. These states therefore seek the formation of a Libyan government which will sanction and coordinate such intervention. It is expected a UN resolution will soon be passed, declaring the new entity as the only recognised Libyan government.

The agreement has therefore been criticised by the leaders of both the GNC and HoR as a foreign imposition. Less than half of the members of both institutions (eighty of 180 HoR members, and fifty of 136 GNC members) have signed the agreement – in their personal capacities, critics claim. Further, on the 6 December, the GNC and HoR signed a declaration of intent in Tunis, which envisages the creation of two ten-member bodies to form a unity government and draft a new constitution. This would pave the way for the holding of elections in two years.  The UN’s special envoy to Libya, Martin Kobler, dismissed this local process by saying the ‘train had already left the station’, asserting that the UN deal was the only one that would be considered, and imploring all factions to sign it. Consequently, the UN deal is unlikely to be respected by the GNC and HoR, and it is difficult to see the new ‘government’ operating out of Tripoli. Further, militia leaders were not involved in the negotiations, and are even less supportive of the agreement than the GNC and HoR. Thus, foreign security will likely be required to protect the new government, weakening its already diminished legitimacy and adding another centre of power into the current civil war. The power of the GNC and HoR will thus be denuded, allowing IS to gain more ground, especially as it begins to create institutions to govern areas it controls, and locals become disillusioned with the failure of the mainstream political actors abilities to govern and provide services.

The current situation is a throwback to what Libya faced in April 2011, when the UN and NATO continued  to  advocate regime change even after the Gadhafi regime had accepted the African Union’s road map which would have allowed  for  the development of a local political solution. The failure to involve local, influential actors in the process is a big reason the country currently finds itself in a situation of political gridlock and spiralling insecurity. The UN seems to have failed to learn these lessons. However, the agreement can still be saved if the UN is more flexible and willing to incorporate the local process, which on 14 December saw the heads of the GNC and HoR meet for the first time in an attempt to broker a solution. The UN would also need to stave off calls for foreign intervention and airstrikes – at least until a legitimate political solution incorporating all major players is concluded.

Last modified on Monday, 21 December 2015 21:42
Tweet
More in this category: The Libyan tragedy: Power in the contemporary geopolitical setting »
back to top