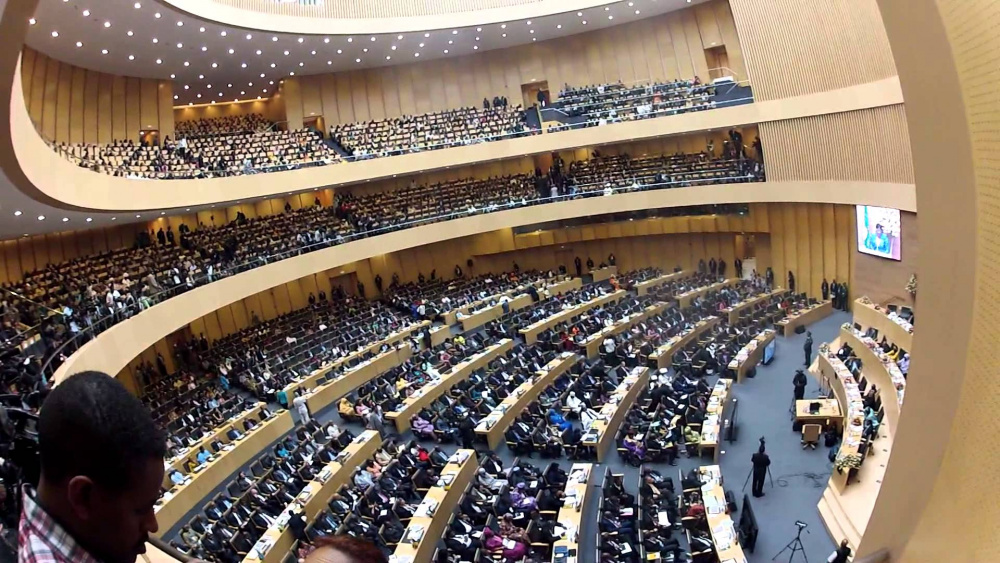 Since its founding in 2002, as the successor to the Organisation of African Unity, the African Union (AU) has prided itself on maintaining a united stance as a continental organisation, of being able to make decisions on the basis of consensus, and on keeping the Union together even when individual member states might be disputing or warring with each other. That sense of unity has been jeopardised over the past three months as the issue of the accreditation of Israel to the AU threatens to split the body down the middle.

On 22 July, the chairperson of the AU Commission, Moussa Faki Mahamet, accepted the credentials of Israel’s ambassador to Ethiopia, Aleleign Admasu. The Israeli government immediately announced through numerous channels that Israel had been granted ‘observer status’ in the AU. The AU Commission confirmed the accreditation a day later. This was followed by a flurry of objections and condemnations from African governments and civil society groups; the latter organised in a new coalition called the Pan-African Palestine Solidarity Network. Mahamet responded that it was within his power to grant accreditation to a non-African state, and that he was not obliged to consult with member states before doing so.

The difference between the observer status of NGOs and the accreditation of non-African states is not entirely trivial. Both have similar rights in the AU, with one exception: NGOs with observer status may ‘Be invited to attend closed meetings during discussion of a subject in which they are concerned.’ No such reference to ‘closed meetings’ is included in the section on the rights of accredited non-African states.

‘Observers’ have onerous responsibilities to the AU that accredited non-African states do not. To maintain their status, observer NGOs have to submit to the AU, every three years, summary reports of their activities. These reports should indicate the NGO’s financial viability, list its activities, especially those that support the work of the AU, list its office bearers and verify that proper elections were held.

On the face of it, Mahamet’s claim that he has the power to accredit any non-African state seems valid. However, as with all legal documents, the devil is in the detail. The Process of Accreditation adopted by the Executive Council in 2005 states that any non-African state or organisation wishing to be accredited should communicate that desire to the AU Commission chair, who shall consider the request and may accept the letter of accreditation. The chair is not obligated to consult with member states before accepting such letters and granting accreditation.

However, the chair’s ‘consideration’ of a request for accreditation must be ‘on the basis of the principles and objectives of the Constitutive Act [and] relevant decisions of the AU organs’. Further, ‘the Chairperson shall consider such a request bearing in mind the supreme interest of the Union and the known views and concerns of member states.’ This is where the states opposing Israel’s accreditation have found grounds to object. Mahamet, they say, did not consider the principles and objectives of the AU Constitutive Act and decisions of AU organs related to Israel, nor did he consider the ‘known views and concerns of member states’, which have been articulated on numerous occasions through resolutions and statements by various organs of the AU and unilaterally by individual member states. When those ‘known views and concerns’ are opposed to a particular state being accredited, the objecting states argue, the AU chair is required not to accept the letter of accreditation.

Within days of Mahamet’s accreditation of Israel, member states began objecting. Among the first states to write letters of objection were South Africa, Algeria, Namibia, Botswana and Lesotho. Later, a substantial number of states from the Arab group wrote a joint letter of objection. Then, on 18 August, the Southern African Development Community (SADC) ended its summit in Lilongwe, Malawi, with a unanimous statement objecting to the ‘unilateral decision’ by Mahamet. That brought the number of states formally objecting to twenty-two. A number of other states, including Nigeria and Chad, have not lodged written objections but have intimated that they also oppose Israel’s new status. Those who have officially objected are: Algeria, Angola, Botswana, Comoros, Democratic Republic of Congo, Djibouti, Egypt, Eswatini, Lesotho, Libya, Madagascar, Malawi, Mauritania, Mauritius, Mozambique, Namibia, Seychelles, South Africa, Tanzania, Tunisia, Zambia and Zimbabwe. The strongest supporters of Israel’s accreditation and Mahamet’s action include Morocco, the DRC (despite its acquiescence to the SADC resolution) and Rwanda. Most other member states have not yet expressed their positions.

The objection to accreditation by even a single member state requires the AU Commission chair to place the matter on the agenda for the next meeting of the Executive Council, attended by foreign ministers of member states. The next meeting will take place in Addis Ababa on 14-15 October.

The objecting states raise a number of points in support of their argument. First, they reject the accreditation on procedural grounds, arguing that Mahamet did not have the right or power to accept Israel’s representative’s credentials because the AUC chair was cognisant of ‘the known views and concerns’ of many member states, and that his action was unilateral and not transparent.

Second, they argue that the AU had rejected two previous Israeli attempts (in 2013 and 2016) to be accredited, and, they say, not only have Israel’s violations of international law and human rights not ceased, but they have worsened. That Mahamet’s accreditation move came just two months after the events in May when Palestinian families were forcefully removed from Jerusalem, the Al-Aqsa Mosque compound was attacked by Israelis, and the Israeli onslaught on Gaza left more than twenty people dead, bolsters their argument. As does the fact that the AU, responding to the May events, issued strong condemnation of Israeli actions. Mahamet’s statement at the time condemned ‘the bombardments in the Gaza Strip’ and ‘the violent attacks in the Al-Aqsa mosque’. The ‘forced, illegal evictions of Palestinians from their homes in East Jerusalem, are in stark violation of international law,’ he asserted. Further, objecting states state that Mahamet did not consider a legal opinion that was issued by the AU’s Legal Affairs Directorate after a request for such an opinion by then-AU chair, Nkosazana Dlamini-Zuma. She had asked the legal department to consider whether Israel’s accreditation would legally fall foul of the AU’s Constitutive Act and various charters and resolutions. The opinion was that it would, on the basis of Israel’s violations of international law and its colonial practices. Those violations are worse now than when the legal opinion was drafted.

Third, they argue that Israel’s accreditation is a violation of the values and principles of the AU’s Constitutive Act, which lists among the objectives of the continental body the promotion of ‘peace, security, and stability’. The Constitutive Act also commits the AU to ‘promote and protect human and peoples’ rights in accordance with the African Charter on Human and Peoples’ Rights’. That Charter is much more explicit in terms of the argument being made by the objecting states. It undertakes to ‘eliminate colonialism, neo-colonialism, apartheid, [and] zionism’. That the AU has committed itself to eradicating the ideology upon which the state of Israel is founded makes it anachronistic to embrace that state and reward it with accreditation, they argue.

What will the Executive Council decide?

On these grounds, those states opposing Israel’s accreditation were keen to push the Executive Council to withdraw the accreditation. The Council does have the power to do so according to the resolution regarding accreditation: ‘The Executive Council may on the recommendation of the PRC [Permanent Representatives Council] suspend or withdraw the Accreditation, if it appears that a Non-African State or Organisation enjoying such status has ceased to satisfy the requirements laid down in this criteria, or has lost its representative character.’ In Israel’s case, they argue, the non-African state never satisfied the requirements for being granted accreditation.

As Israel’s critics and its supporters rallied in the run-up to the Executive Council meeting, an important consideration for many member states was how the debate would affect the continental body as a whole. Many fear that if the matter went to a vote, it would split the AU irreparably. This has been a sentiment expressed by both sides, even as they geared up for a fight at the October meeting, and many minds seem seized with that possibility. Essentially, the concern of many is that the question of a non-African state could disrupt the AU tradition of deciding by consensus, and will force member states into two opposing camps that could become entrenched on a number of other issues.

Most states do not want such a situation. At this stage, it seems likely that the matter will be placed on the agenda for the meeting (as it has to be according to procedure), the different positions will be articulated, but no decision will be made. Rather, a decision on the issue will likely be shifted to the Summit of the Heads of States in January, or to the next Executive Council meeting. If foreign ministers from both sides of this debate agree to this, the proverbial can will be kicked down the road, to be debated at a later date. Then, the main question will be: what will be Israel’s status in the interim. Will Israel be allowed to enjoy the rights of an accredited non-African state, or will its status be suspended pending a decision? Or, will the Executive Council accept the argument of the objecting states and withdraw Israel’s accreditation until consensus can be reached on the issue?