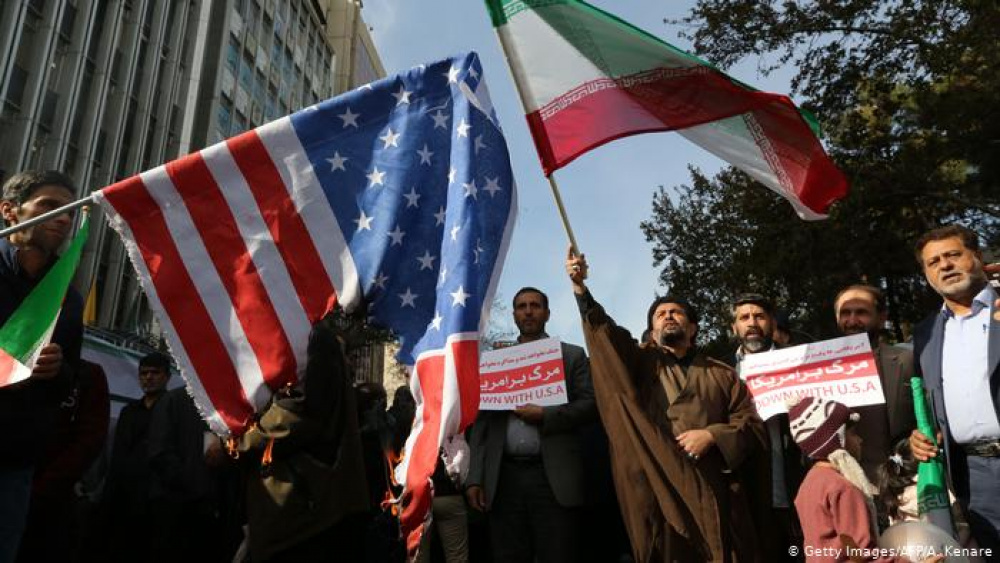 Published in Iran
Tagged under

The Trump administration’s ‘maximum pressure’ campaign has imposed unprecedented economic sanctions against Iran and severely undercut the credibility of the reformist camp. Massive popular disillusionment with so-called moderates made it easier for hardliners to win control over the Iranian parliament in February. Now, due to the reluctance of many Iranians to participate in future elections – out of disappointment at the failure of reformists to fulfil their promises of economic progress and political reform – hardliners are hoping to gain the presidency as well.

Reformists and moderates are pinning their hopes on a prospective Joe Biden administration to instil life back into their camp, awaken them from a political coma and help them stage a comeback at the ballot box. Biden’s expressed willingness to recommit Washington to the 2015 Joint Comprehensive Plan of Action (JCPOA) or Iran Nuclear Deal, which would bring about some urgently-needed sanctions relief for Iran, has created the expectation among the reformist and moderate camps that their landmark achievement can survive, and, with it, their political fortunes. In this vein, Iran’s leading reformist daily, Shargh, wrote: ‘[T]he reformists, who until recently were devoid of any hope [regarding their political future], have – with the rising chance of a Biden victory – come to believe that it may not be too late for reformists [to rebuild their power] and make the JCPOA work.’ The paper’s editor-in-chief continues that the ‘only way for the 2021 [Iranian presidential] victory by reformists is Biden’ – a ‘revival of hope’. The latter term was the motto of the moderate/pragmatist camp in the two previous presidential elections, both won by Hassan Rouhani.

Ahmad Naghib-Zadeh, a Tehran University politics professor and a reformist activist, agreed that a Biden victory and return to the JCPOA would constitute a ‘huge success for the Islamic Republic’. In a Shargh interview, Sadegh Zibakalam, another prominent Tehran University politics professor, made the same prediction. ‘If Trump wins, hardliners will have the upper hand in Iran, so that the reformists prefer a Biden victory,’ Zibakalam said.

Against the backdrop of the hardliners’ parliamentary victory last February – which followed the lowest recorded voter turnout in Iran since the 1979 Islamic revolution – Esmail Gerami-Moghaddam, a reformist politician, added that ‘a Biden victory can dramatically increase voter participation’ in next year’s Iranian presidential election. ‘Under a Biden presidency, Iran’s economy will improve, leading Iranians to vote for a moderate candidate,’ Gerami-Moghaddam said.

For Iran’s hardliners, however, the question of which US presidential candidate to favour is more complicated. Many are concerned that a victory by incumbent Donald Trump might embolden opposition groups calling for regime change in Iran. Trump’s decision to order the assassination in January of General Qasem Soleimani, the former commander of the Quds Force of the Islamic Revolutionary Guard Corps (IRGC), is another reason hardliners hate the US president.

At the same time, hardline factions worry that a Biden victory might facilitate a reformist win in Iran’s presidential elections. Therefore, the emerging line is that hardliners prefer neither Trump nor Biden, and that whatever the outcome of the 3 November election, there will be more continuity than change in US policy toward Iran.

Echoing this stance, Mohammad-Bagher Qalibaf, Iran’s parliamentary speaker and a likely presidential candidate in 2021, said, ‘There is a deep-seated enmity between Iran and the US, hence the victory of either Biden or Trump makes no difference in America’s main policy of hitting Iran.’ Javan, a daily newspaper close to the IRGC, criticised the reformists’ efforts to promote the potential benefits of a Biden victory for Iran, decrying it as ‘the Democrats’ campaign in Iran’. Kayhan, another hardliner daily, asserted that ‘it is a big lie that reformists claim Iran will benefit from a Biden presidency’.

Clearly, hardliners worry that a Biden presidency might undermine their chances of winning the 2021 elections; hence their fervent critique. However, a recent survey by the Iranian Students Polling Agency (ISPA) among Iranians familiar with the US presidential contenders showed that most agree with the hardline contention that there is little difference between Biden and Trump when it comes to Iran.

Views of the US election should be seen in the context of various protests over the last three years, in which Iranians have declared that their main problem is with the performance of their own government and not external factors. Echoing such sentiments, reformist politician Ali Soufi criticised his own faction, arguing, ‘[I]n 2017 [before Trump withdrawal from the JCPOA], the Rouhani administration started to deviate from its promises, and people reacted to the administration [in nationwide protests starting in December 2017]. But the reformists did not support the people because they have benefited from the Rouhani administration – in other words, reformists have become greedy.’

In this vein, Zibakalam had already argued that ‘the reputation of reformists has vanished with the [December 2017] protests’, turning them into the ‘big losers’ of those protests and ‘now reforms have died’. Similarly, Ebrahim Fayaz, a Tehran University anthropologist, boldly stated, ‘Reformists can do nothing; they have no new strategy and must rest at least for eight years.’

Iran’s two prominent political factions thus perceive the US presidential election outcome in light of their own goals for Iran’s presidential campaign next year. Although the reformists’ calculation that a Biden presidency will help rebuild their lost power and influence is far from certain to become reality, hardliners recognise the same scenario as a threat to their ambitions to monopolise power. Their anxiety stems not only from ideological persuasion but from past experience. Since moderates won the last two presidential elections by promoting the benefits of the nuclear deal, hardliners are concerned that a President Biden rejoining the JCPOA might presage the same outcome.

Ali Fathollah-Nejad is a non-resident senior research fellow at the Afro-Middle East Centre. He is a former Iran expert at the Brookings Institution in Doha and the German Council on Foreign Relations.

Amin Naeni is a project researcher at Tehran University’s Department of Regional Studies.

Last modified on Sunday, 06 December 2020 09:01
Tweet
More in this category: After Fakhrizadeh killing: Why Iranian over-reaction is unlikely »
back to top