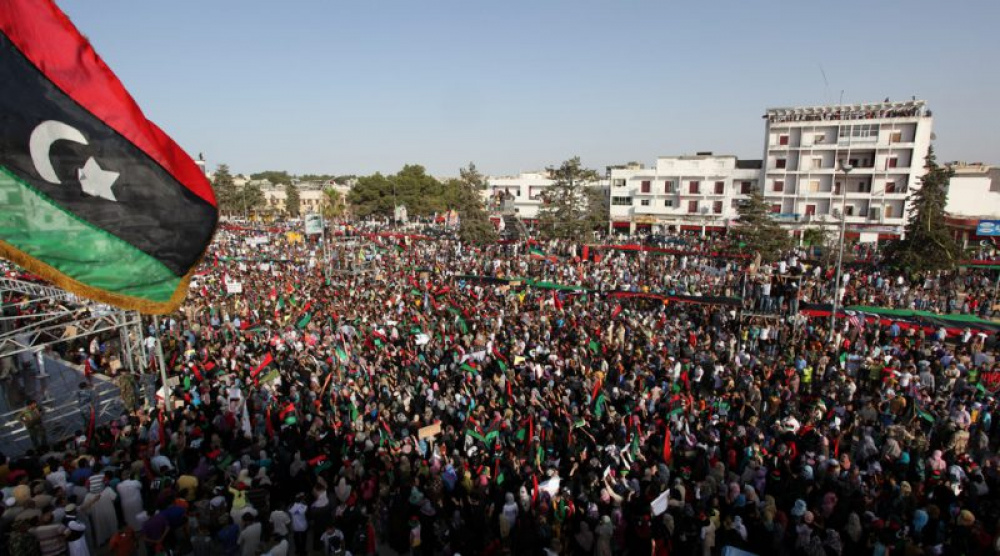 Disputes within Libya’s Government of National Accord (GNA), highlighted last week by the suspension of the interior minister, Fathi Bashagha, suggests a power struggle within the GNA that could be an obstacle in the implementation of the 21 August ceasefire announced by the Tripoli-based GNA and the House of Representatives (HoR) based in the east of the country. Bashagha was suspended on 29 August by GNA head Fayez Sarraj, ostensibly because of his handling of protests in Tripoli and Misrata against Libya’s worsening living standards, where some militia indiscriminately fired on protesters and abduct a few people.

Some concerns have been expressed within the GNA about Bashagha’s growing popularity and his attempts to curb the powers of Tripoli-based militia groups, many of which celebrated his suspension, and some of which participated in the protest crackdown. Bashagha had supported the protests and criticised the crackdown. Sarraj, using a legalistic argument, said protesters had not obtained relevant permits. He suspended Bashaga, who was on an official visit to Turkey, for contradicting him. Sarraj also simultaneously replaced the defence minister and head of the army, giving credence to suspicions that the GNA feared Bashagha had been plotting a coup; he has a large popular base and is supported by Turkey and Qatar. The interior minister returned to Libya, saying he would subject himself to an inquiry but demanding it be held publicly. Meanwhile, the seventy-two hour timeframe that the GNA had set for an investigation elapsed with no date being announced for a hearing.

Bashagha’s sacking followed a rare mood of optimism in Libya after the GNA and HoR announced a ceasefire that could lead to restarting negotiations aimed at ending the country’s six-year-long civil war. GNA and HoR statements were announced simultaneously following German mediation, with the two parties agreeing to a ceasefire, an end to the oil blockade imposed by the HoR, and the holding of an election tentatively set for March 2021. They had also agreed to demilitarise the strategic western town of Sirte, birthplace of former Libyan leader Muammar Gadhdhafi, around which there has been a build-up of forces since June.

The agreement highlighted that differences between the GNA and HoR had already been narrowing, with officials from the High State Council (HSC), the GNA’s parliamentary arm, saying they were amenable to negotiations with HoR speaker Ageela Saleh. The ‘five-plus-five’ talks between military leaders from the two sides had resumed under UN auspices, and oil exports had already partially recommenced. Two foreign actors involved in the conflict, Turkey and Russia, supporting the GNA and HoR respectively, had agreed on intra-Libyan dialogue and considered forming a joint working group aimed at concluding a ceasefire agreement. Even Egypt, a staunch supporter of the east, feared being further dragged into the conflict and advocated negotiations. Moreover, senior officials from the GNA and the HSC had advocated negotiations with Saleh, with Cairo, Algeria and Moscow likewise holding talks with the HoR speaker.

All these initiatives suggest a change in the balance of power in the east; Saleh’s power has strengthened at the expense of Khalifa Haftar, the powerful leader of the Libyan National Army (LNA) militia. Haftar is determined to achieve a military victory over the GNA, believes it is possible – more than eighteen months after his failed April 2019 march on Tripoli, and has rejected the ceasefire. Until recently, Haftar had pretended that his militia was an army of the HoR, but, in reality, he exercised control over Saleh and the HoR. It seems that his foreign backers Russia and Egypt are switching their support to Saleh instead. A coalescence of domestic, regional and global actors around the ceasefire has thus occurred. Unlike the concluding stages of the December 2015 Libyan Political Agreement (Skhirat agreement), this ceasefire was not imposed by foreign powers, but was a culmination of global pressure and domestic realisation of the futility of hoping for a military solution.

Bashagha’s suspension might impede the ceasefire’s implementation since his support was crucial in enabling Tripoli to withstand Haftar’s assault. He is popular in Misrata, whose militia’s support is required for any ceasefire to be successful, and among foreign backers, including Turkey, Qatar and even the USA, which urged Sarraj and Bashagha to reconcile. This, together with the fact of Haftar’s rejection of the ceasefire, and that he still is the most powerful domestic actor in the east and heads the strongest militia, threatens the ceasefire.

Another factor is that the GNA and HoR statements disagreed on the areas to be demilitarised. The GNA claims the agreement calls for the demilitarisation of Sirte and Jufra, where Moscow has an airbase, while the HoR’s statement mentions only Sirte. Moreover, there is no agreement on who would be tasked with implementing and monitoring the demilitarisation and ceasefire.

Moscow, which has strong economic interests in eastern Libya, could also act as a spoiler if it believes that negotiations will jeopardise these interests. In May, it dispatched fourteen aircraft, including MiG 29s and SU 24s, to Jufra to halt the GNA’s march toward Sirte and Jufra. The Russian paramilitary company Wagner also consolidated control over the country’s oilfields in the south and east, and assisted Haftar to implement the almost six-month-long oil blockade. Likewise, the UAE remains opposed to Turkey and the Islamist component of the GNA, and is unlikely to end its support for Haftar soon. Between April 2019 and April 2020, UAE aircraft were involved in over 850 attacks on GNA targets; Emirati support was key in enabling Haftar to snub a 13 January ceasefire agreement mediated by Turkey and Russia.

Concretising the ceasefire into a genuine political agreement will prove difficult, especially with calls from the east for autonomy, and in light of the different foreign interests in the outcome. The UN has been unsuccessful, since 2018, in its attempt to hold new elections in Libya, and attempts to initiate talks between Sarraj and Haftar under the auspices of France, Italy, and even Russia and Turkey have all failed. Egypt also sent its head of Military Intelligence, Major General Khaled Megawer, to reassure Haftar; Cairo is hedging its bets by talking to both the LNA and Libyan tribal leaders in the east. The tribes form the backbone of Saleh’s influence, and have largely filled the vacuum left by the decay of the country’s political and social institutions. For its part, Turkey recently concluded a military agreement with the GNA and Qatar. These dynamics point to some of the major domestic and regional obstacles to the ceasefire’s success and to hopes that it migh pave the way for substantive negotiations.

Meanwhile, the situation facing civilians continues to worsen. The COVID-19 crises is intensifying; it has been cited by both the GNA and HoR as a reason for the ceasefire. Social services, especially health care, continue to deteriorate, and corruption remains rampant. The country lost much of its hard currency reserves, which are necessary to remunerate civil servants and restart public services. Only around 90 000 barrels of oil out of a possible 1.2 million were produced in June, netting the National Oil Corporation only forty-five million dollars; Libya lost over six billion dollars in oil revenue since January. Protests occurred in Tripoli and Misrata over the country’s dire economic situation, and spread to HoR-controlled Sabah and Qubah in the south and east of the country.

Despite these negative and cautionary factors, the ceasefire does provide some room for cautious optimism, especially if the oil blockade is fully lifted and fighting reduces steadily and substantially. However, much more is required for this to eventuate in a political solution. Bashagha’s suspension could hinder this progress since it will embolden Haftar, and because it could be the beginning of fragmentation in the GNA.