Bahrain’s bitter solutions: Pressures from within and challenges from abroad 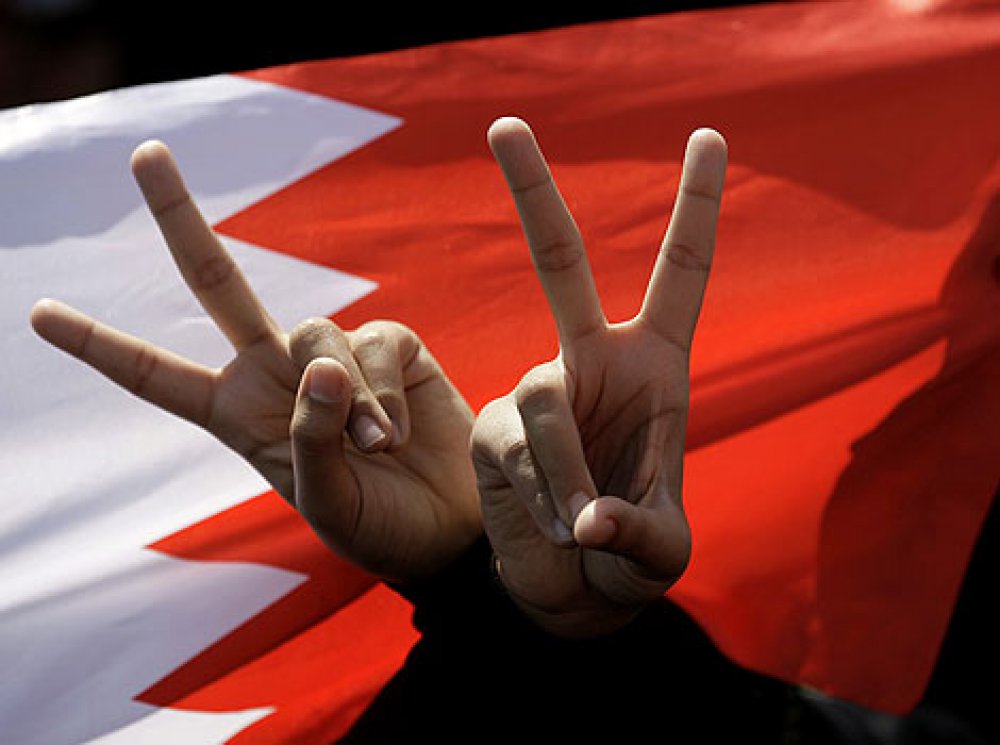 Published in The Gulf
Tagged under

At the beginning of July 2011, more than 300 representatives of Bahrain's political and civil society gathered in the country's capital, Manama, for the launch of a 'national dialogue'. Many questions pervaded the atmosphere on the eve of this dialogue, the most important being whether the national dialogue could pull Bahrain out of the political crisis which started on 14 February?

Questions were also raised about whether the opposition's participation – described as 'reticent and pessimistic' – would lead to a political solution, considering its constant claim that the dialogue was not based on true popular representation, and that it ignored the essence of the problem in favour of less important topics. There was doubt about whether the crisis would be resolved soon. This followed Bahrain's King Hamad bin Isa Al Khalifah issuing a decree to form an 'independent fact-finding' committee to examine the violent protests witnessed by the country, and in light of news about the release of detainees, the re-employment of those suspended from their jobs, and talk about the 'redeployment' of the Peninsula Shield forces currently stationed in Bahrain. The Peninsula Shield Force is a military unit set up by the Gulf Cooperation Council, and whose troops entered Bahrain in March to quell the protests there.

The Bahraini crisis: Dimensions and manifestations

Since February, Bahrain witnessed one of the worst waves of protest since the 1990s. The protests began in mid-February in conjunction with the tenth anniversary of the National Action Charter – a document accepted by Bahrainis in a referendum in February 2001 which would see the country returning to constitutional rule. The 2011 protests called for:

The authorities rejected these demands outright, and violently suppressed the protests, resulting in the killing of dozens of protestors and the wounding of hundreds. With the number of casualties rising, the protestors broadened their demands, with some protest groups calling for 'the toppling of the regime'.

The main opposition groups – those that came together in the coalition of seven that represented liberal, leftist and Islamist opposition groups – expressed strong reservations with the call to topple the regime, preferring to support a constitutional monarchy while demanding an elected government. This disagreement in the opposition drove the Bahrain crisis into a dark tunnel. This was exacerbated by the existence of groups loyal to the regime which rejected reforms, and preferred the persistence of the status quo. This latter group feared, they claimed, that reforms would be the first step in establishing what they called a 'wilayat al-faqih' (rule of the jurist – the form of government in Shi'a-dominated Iran) regime in Bahrain.

The uprising paralysed the Bahraini economy, and cast a shadow over Bahrain's regional reputation as a financial, economic and tourist centre. The tourism sector was hard hit, the Bahrain Stock Exchange recorded a retreat, the kingdom came to be regarded by international human rights organisations as a violator of human rights, the Bahrain Formula One Grand Prix was cancelled, and the United Kingdom and France cancelled exports of certain military equipment to Bahrain to prevent their use in the suppression of human rights. These factors created a great deal of pressure on the authorities to reach out to the opposition.

Alongside these pressures on the regime, the opposition found itself facing a crisis after the arrests and trials of its senior leaders, the suspension of some 2 180 employees from their jobs, the separation of many members of the opposition from their sources of livelihood, and the arrest of teachers, doctors and bloggers for their involvement in the protests. These pressures forced the opposition to negotiate with the authorities, even though opposition groups had rejected such negotiations in March, demanding that the government must first resign, and all detainees must be released. At the beginning of July, however, the opposition agreed to participate in the dialogue without preconditions because of intense regional and internal pressure.

To extrapolate scenarios for Bahrain's future, it is useful to look at the past. Apart from Bahrain's resorting to the external Peninsula Shield forces – which contrasts with its decade-long policy of dealing with such problems internally, and apart from its use of sectarian differences to attack the protests, it does not seem that there is any fundamental difference in the way that either the authorities or the opposition have dealt with the conflict since the 1950s.

The Bahraini opposition has always had much patience in its quest to achieve far-reaching demands, and the regime has always rejected popular demands, only to return and engage with these demands after certain sacrifices had been made. The complexity of the situation today, however, follows the internationalisation of the Bahrain problem. This suggests that the issue will not be resolved quickly, nor will it be resolved through dialogue – such as the one that started this month – given the limited representation (45 out of 300 seats) of the opposition. What will be required is regional and international consensus, not just concessions from domestic parties (which were sufficient in the past).

Factors of the latest round

After the internationalisation of the crisis, two key players emerged that cannot be ignored; Saudi Arabia and the United States. Saudi Arabia put its entire weight behind the Bahraini regime, and Manama will therefore have to adapt its strategy in a manner that will satisfy its benefactor. The US, which considers Bahrain to be an important ally and has deployed its fifth fleet in Bahrain, is pushing for a rapid end to the confrontation in Bahrain with as little loss as possible. The US sense of urgency – especially after the outbreak of protests in Syria – is largely a reaction to criticism from human rights organisations that charge the US administration with hypocrisy in its treatment of the Arab uprisings.

Even though the US harshly criticised Syrian authorities and threatened punishment, it addressed its ally Bahrain with soft language disproportionate to the seriousness of the situation. This limited the credibility of the US position. Amid all this, the Bahraini authorities seem to have positioned themselves between the blades of a pair of scissors. Bahrain can either comply with the Saudi vision that firmly stands against the winds of change and embraces and defends traditional regimes, or it can respond to the wishes of protestors in the street and restore calm and revitalise its economy. If it chooses the latter option, the regime risks losing the support of Saudi Arabia which supports Bahrain financially and militarily, and that will not accept the establishment of a constitutional monarchy in its backyard for fear that this would encourage Saudis to follow. This is especially the case given that the Saudi regime is fully aware that a revolution on its sprawling territory would be much more difficult to control than in a small country like Bahrain, especially since some tribes will call for solidarity with others.

The cost of the continued popular uprising, on the other hand, continues to grow. Public debt has risen to more than 7.2 billion dollars, and several companies and banks operating in Bahrain have been examining the possibility of relocating to other more stable countries in the region. Bahrain also fears that the US will abandon its practice of looking the other way where Bahrain is concerned because of pressure from rights groups – that will only increase with the approaching US presidential election.

Map of return: No easy solutions

The Bahraini regime might be able to win some space to manoeuvre by releasing and dropping charges on detainees, and addressing some issues which have aroused the ire of protestors, such as politicised naturalisation, sectarian discrimination, financial corruption, equitable distribution of wealth, unemployment, and improvement of services. It can also replace ministers that the opposition believes are fuelling the crisis.

It is clear, however, that confrontations will re-emerge even after the relative lull that the opposition has attributed to what it calls the regime's 'cosmetic reforms' and which do little to meet the demands emanating from the street. At the same time, there is no reason to think that the regime's acceptance of the demand for an elected government is close at hand; such acceptance would entail the sacking of a government that has been led by the same prime minister for forty years, and that enjoys immense support from Saudi Arabia and Bahraini groups loyal to him.

The regime thus faces a difficult choice in light of the failure of the military option. Either it accepts the option of a modern democratic government that will effectively end the conflict, but will expose the country to a crisis with Saudi Arabia and groups loyal to the government, or it chooses a package of reforms that may provide some relative calm, but will not protect the regime from international criticism, economic losses, and more popular protests.

* Lamees Dhaif is a Bahraini journalist active in the Bahraini resistance. She is renowned for political and social criticism, has written in various newspapers in the Persian Gulf region, and has a column in Alyaum, one of Saudi Arabia's most important newspapers. She won several awards, including: Best Investigative Report in 2004, and the Excellence Award in Journalism in 2008 (in the Second Regional Conference on Women), and was honoured as best writer by the Women's Union in the International Women's Day in 2009

Last modified on Thursday, 19 February 2015 15:01
Tweet
More in this category: Bahrain’s rocky road to reform »
back to top