Behind the latest Algerian-Moroccan breaking of relations 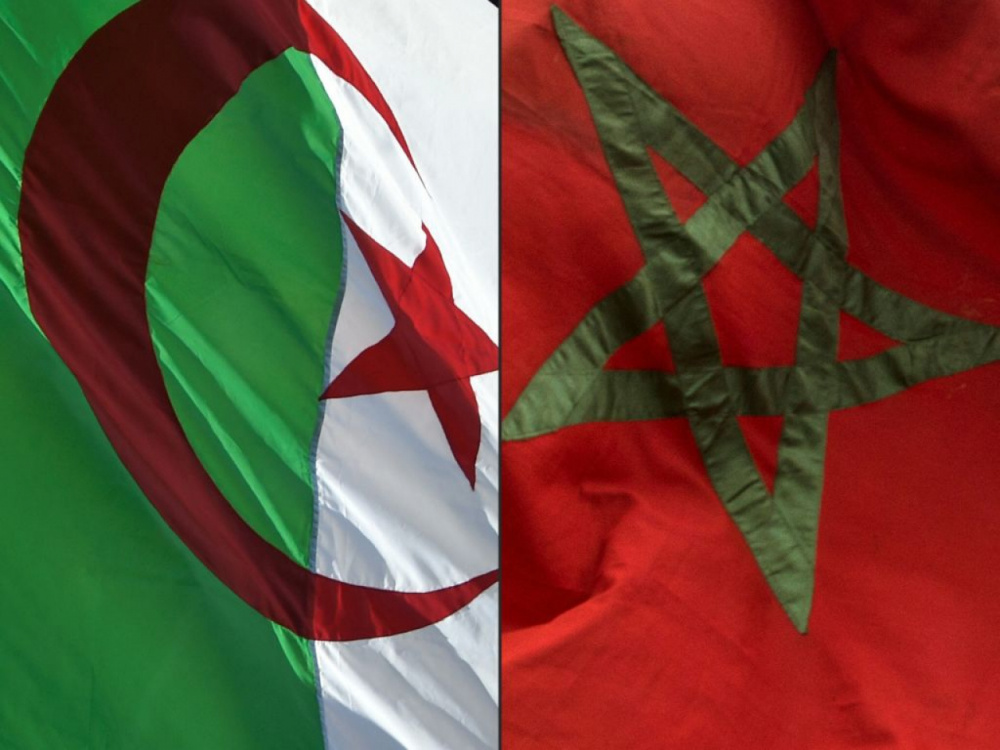 Published in Algeria
Tagged under

Algeria's decision in August to break off diplomatic relations with Morocco was the latest episode in a long crisis of confidence between the two countries, dating back to the 1960s, but having deepened with the conflict over Western Sahara.

It would be an understatement to say that relations between Algeria and Morocco have always been bellicose, fraught with tension and punctuated by conflicts. In 1963, the so-called ‘Sand War’ over border demarcation was an early sign of this. The leaders of these two large Maghreb states, which have been vying for regional leadership, used the idea of an external enemy as a means of consolidating their separate political regimes, which were opposed in every way, and of reviving nationalisms that became useful for the cohesion of their nations.

From 1975, the competition for regional leadership crystallised over the Western Sahara issue, leading to a breakdown in diplomatic relations between Morocco and Algeria between 1976 and 1988. By 1994, with the conflict still raging, the Moroccan Minister of the Interior, Driss Basri, suggested that the Algerian secret service ordered a terrorist attack on a Marrakech hotel that killed two Spaniards. He imposed entry visas for Algerians, and campaigned to expel Algerians living in Morocco without residence permits. Algiers’ response was unequivocal: the land border between the two countries was shut and remains so twenty-seven years after those events, despite request by Moroccan King Mohamed VI for its reopening.

The former Algerian president, Abdelaziz Bouteflika, also made numerous attempts to break the cycle of tensions and ruptures. Soon after his election in 1999, he attended the funeral of Morocco’s King Hassan II, and spoke of the benefits of a Maghreb devoid of its old conflicts and with a climate of détente that could help the development of the region. But he remained cognisant of the fact that his selection as head of state was by the Algerian army, and he could not ignore the principles imposed by the military for the relationship with Morocco. To turn the page of history to one free of recurrent tensions, he found himself constantly playing a balancing act: trying to change the dynamic between the two states, while regularly reaffirming Algerian support for the self-determination of the Western Sahara. The Moroccan political class regarded this balancing act as unsatisfactory.

In 2005, the Moroccan Ministry of Foreign Affairs cancelled a visit by the Algerian prime minister, Ahmed Ouyahia, asserting that certain Algerian statements ran counter to the objectives of the normalisation of relations between the two countries. This was a reference to President Bouteflika’s message of support to the Polisario Front, which reaffirmed the right to self-determination of the Sahrawi people. Since then, no Algerian prime minister has visited Morocco. These ongoing tensions have become inherent to relations between the two states, indicating that the rivalry between the two major Maghreb states for regional leadership persists, as do the methods by which they confront each other – as enemies, despite a changing regional environment.

Morocco’s announcement in December 2020 to normalise relations with Israel in exchange for US recognition of Morocco’s sovereignty over Western Sahara created an imbalance in the Algeria-Morocco relationship. It suggested Algeria’s failure with regard to Western Sahara, despite its support for the Polisario Front since 1975. Even though the US administration under Joe Biden has not confirmed Morocco’s sovereignty over Western Sahara, and the European Union remains eloquently silent on the matter, the Algerians know that it is a matter of time before Morocco will be granted the territory, in violation of the UN process, since 1991, to resolve the issue. If it loses on the Western Sahara matter, Algeria will hold no cards against its neighbour and rival. Morocco has also repositioned itself so that it no longer operates primarily within the framework of the Maghreb, and it has abandoned its previous ambition to be a leader in the Maghreb; its sights are now set on leadership on the African continent. Its normalisation of relations with Israel facilitates its new ambitions.

By campaigning for Israel’s accreditation in the African Union (AU), Morocco is showing that it is able to exert influence within the continental body. Algeria, on the other hand, opposes Israel’s accreditation. Rabat expects to benefit from the deployment of its diplomatic capital and its influence in West Africa in support of its new ally.

For Tel Aviv, its new AU status is the first step for a geostrategic deployment in West Africa in particular. In return for its support, Morocco wants to benefit from significant Israeli investments, going well beyond the forecasted USD590 million. It also wishes to upgrade already-existing security cooperation with Israel, highlighted by recent revelations about the Morocco’s massive use of Pegasus spyware. Produced by the Israeli company NSO Group, the spyware made it possible for Morocco to target 6 000 telephone numbers, including those of Algerian political figures.

Despite these warm relations between Rabat and Tel Aviv, Morocco knows that Mohamed VI – who chairs the Al-Quds Committee of the Organization of Islamic Cooperation (OIC) – will not be able to reorient Israeli policy on the Palestinians. For example, the visit to Rabat on 13 August 2021 of Israeli foreign minister Yair Lapid followed Israel’s decision to move ahead with the construction of a new ramp linking the Wailing Wall to the Esplanade of the Mosques and the Dome of the Rock.

Determined to maintain their Palestinian policy, Israeli political actors are more willing to help Morocco by stigmatising Rabat's traditional enemy. During Lapid’s Rabat visit on 13 August, he expressed, in the presence of his Moroccan counterpart Nasser Bourita, ‘concern about the role of the Algerian state in the region, which has drawn closer to Iran and is currently campaigning against Israel’s admission to the African Union’. The Algerian government saw this as ‘senseless accusations and veiled threats’, and Algeria’s foreign minister, Ramtane Lamamra, said, ‘Since 1948, no Israeli official made a hostile declaration to an Arab country from another Arab country.’

The Algerian announcement on 24 August of the breaking of diplomatic ties with Morocco marked the culmination of a series of tensions since the announcement of the Morocco-Israel normalisation in December 2020. The middle of 2021 was characterised by a series of escalations: Lapid’s comments, and, a month earlier, at a Non-Aligned Movement meeting in New York on 13 and 14 July, the Moroccan ambassador to the UN, Omar Hilale, distributed a note saying ‘the valiant Kabyle people deserve, more than any other, to fully enjoy their right to self-determination’. He was referring to the Berber community indigenous to Kabylia, in the north of Algeria. Morocco openly supports the Movement for Autonomy in Kabylia (MAK). The Algerians viewed this as a provocation, and the foreign ministry said it ‘collides head-on with the principles and agreements which structure and inspire Algerian-Moroccan relations. It constitutes a flagrant violation of international law and of the Constitutive Act of the African Union.’ After these two incidents, the Algerian High Security Council decided on 17 August to ‘review’ relations with Morocco.

Algiers has demanded Rabat clarifies Hilale’s remarks. Morocco responded in typical fashion. It did not respond to any of the direct accusations from Algiers, but on Throne Day, 31 July, Mohamed VI referred to Algeria as Morocco’s ‘twin’, and said, ‘the security and stability of Algeria and the tranquillity of its people are part of the security and stability of Morocco’. Reacting to the Algerian announcement breaking ties with Morocco, the Moroccan Ministry of Foreign Affairs said it regretted the ‘completely unjustified decision’ and rejected ‘the fallacious, even absurd, pretexts underlying it’. But, it said Morocco would remain a ‘credible and loyal partner for the Algerian people’ and would continue to act with wisdom and responsibility.

The communiqué, apart from rejecting Algeria’s claims, was also a message to Morocco’s western partners and to Tel Aviv that it embodied wisdom and balance in the face of an unreliable and irrational Algeria. It is addressed in particular to those states that fear military escalation and its effects, notably on the supply of Algerian gas to European countries. Paris, Cairo and Riyadh have already offered their services as intermediaries between Rabat and Algiers.

Algeria has one more card to play against Morocco: it could modify the routing of its gas supply to Europe. The contract for the Maghreb-Europe gas pipeline (GME), which links Algerian gas fields to Spain via Morocco, expires on 31 October 2021. Morocco already expressed its willingness to renew the agreement, but Algeria’s national oil company Sonatrach could consider an alternate solution to switch to the Medgaz pipeline that links Algeria directly to Spain.

* Khadija Mohsen-Finan conducts a seminar on ‘The Maghreb in International Relations’ at the IEP of Paris and teaches a course on Political transitions in the Arab World at the University of Paris I (Panthéon Sorbonne). She is also a professor at the University Ca’ Foscari of Venice, and a research associate at the Institut des relations internationales et stratégiques (IRIS) in Paris. Her work focusses on the Maghreb, the Mediterranean and the Arab world in international relations.

** This article was first published in French by Orient XXI