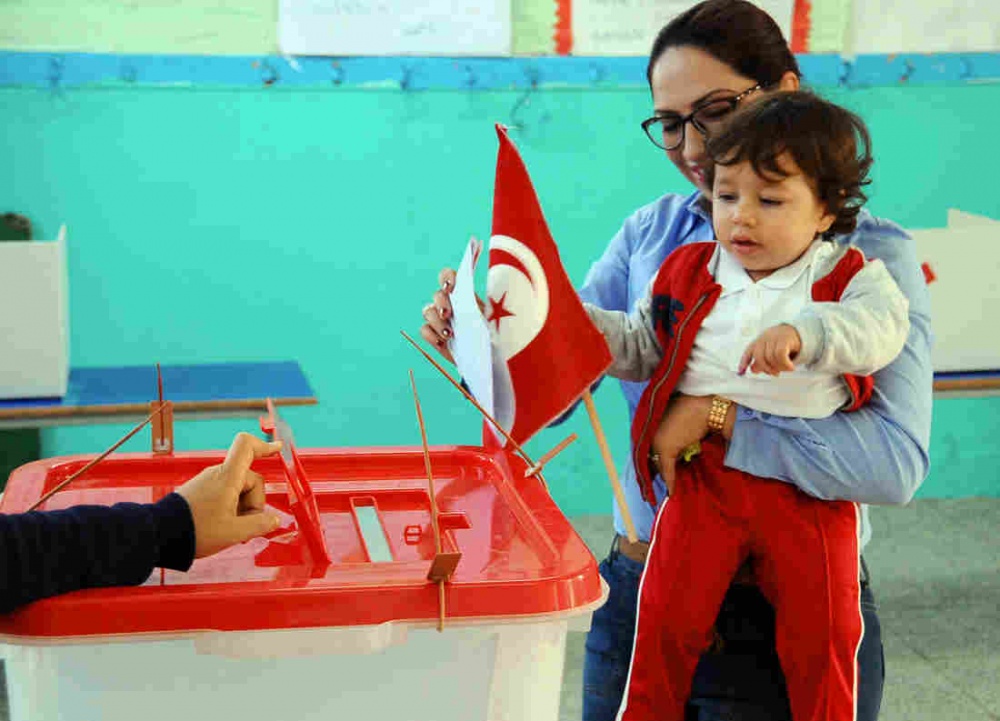 Published in Tunisia
Tagged under

The Tunisian presidential race is heating up. With several front-runners and twenty-six candidates, the upcoming early elections on 15 September reflects a great deal of party and ‘party family’ fragmentation. This article examines the travails and challenges of the north African country’s second democratic presidential elections since the 2011 revolution. The presidential race is unfolding more as a personal political contest rather than a clash between competing political visions for a country weighed down by steep unemployment, deep socio-political marginalisation and massive foreign debt in a conflict-ridden region.

These elections come at a time when Tunisia’s main political parties are embroiled in political strife. From incumbent Prime Minister Youcef Chahed’s departure from Nidaa Tounes – party of the late president, Beji Caid Essebsi – and the formation of his new Tahya Tounes party, to intensifying factionalism within the Ennahda party, internal divisions have expanded the field of candidates, including several independents, in a wildly dynamic polity.

The current political scene is a far cry from the 2014 race, which was dominated by the veteran politician Essebsi, who stood head and shoulders above the other candidates from within the state machinery. Meanwhile, the fuloul, ‘remnants’ of former president Zine al-Abidine Ben Ali’s regime, were still shaken to the core by the 2011 revolution.

Over the last few weeks, the wide field of candidates have vied to win over voters from Tunisia’s main three political bases: The fulool or azlam of the former Tajammu’ and Destourians parties, made up of loyalists to Ben Ali’s regime, now claiming the legacy of Tunisia’s first president, Habib Bourguiba; Islamists; and left-leaning voters.

The struggle for influence over these three voting blocs has brought to the fore contradictions that may revitalise an increasingly politically apathetic Tunisian populace. Many Tunisians had hoped that the presidential campaign would produce some degree of party consensus, narrowing the field to one candidate per party ‘current’. In fact, the opposite has happened.

The candidates and campaign’s political melee

Ennahda’s candidate, Abdelfattah Mourou, will be challenged for the Islamist vote by an independent candidate, and former post-2011 prime minister, Hamadi Jebali.  Boasting few political accomplishments, Moncef Marzouki, first president of the Second Republic who relied on Ennahda voters in his advance to the second round of the 2014 elections, may have exhausted his political capital. The so-called Destourian ‘family’ offers not only Chahed, but also former Minister of Defence and Ben Ali ally, Abdelkarim Zbidi, as well as ex-Nidaa member, Mohsen Marzouk. Other candidates, including lawyer Mohamed Abbou, unionist Abid Brikiand former communist Hamma Hammami, do not appear to be strong contenders.

The plethora of candidates induce a cacophony of claims, counter-claims and contradictions in the elections’ rhetoric. Parties are no longer a clear frame of reference for either political identities or programmes. While several candidates have promised to be a ‘president for all Tunisians,’ this pledge appears to be increasingly unrealistic within Tunisia’s polarised political climate. The 2014 constitution outlines the Presidency as a non-partisan role, but candidates are speaking in two tongues, at once seeking to win over their political bases and appealing to ‘all Tunisians.’ The result is a sort of discomfort with political identity and membership during this first round.

The elections attract the influence of money and the attendant drama. Football mogul Slim Riahi, owner of Club Africain, now with Nidaa, has been dogged by questions over the source of his wealth. The wealthy businessperson and owner of Nessma TV, Nabil Karoui, is serious electoral competition for both Chahed and, thanks to his charity work with marginalised people in the country’s interior regions, possibly Ennahda. Karoui, whose candidacy would have been denied under the modified election law that Essebsi failed to sign before his death, was arrested on 23 August, and remained in custody on charges of tax evasion and money laundering.

Yet Karoui, the leader of Qalb Tounes, remains in the race. In a democratising political system where judicial independence still leaves much to be desired, Chahed’s insistence that the arrest was not politically motivated has been unconvincing, especially as fellow candidates have expressed condemnation. Chahed is more or less using Karoui’s arrest to build steam for a failing anti-corruption ‘crusade.’

Then there is the Free Dustourian Party, led by Abir Moussi. Unabashedly hearkening back to the days of Ben Ali, she considers ‘revolution’ a misnomer for the political transformation set in motion in 2011. Moussi has made an entire campaign out of attacking Islamists, referring to Ennahda only as ‘al-Ikhwan’, a putative threat to democracy and the Tunisian way of life, vowing to chase them out of politics through restored presidential powers.

Abdelkarim Zbidi is perhaps the least eloquent candidate whose stumbling during interviews has drawn attention. Inept communication has not prevented the experienced government minister from becoming a frontrunner. Zbidi might be the West’s preferred leader in Tunisia, having overseen the Ministry of Defence and been privy to security operations. He could be labelled the quasi-American candidate, standing between the Islamists and key ministries, while overseeing the intelligence and security portfolios in close contact with Western military and political elites. In an affront to proponents of the 2014 constitution, who consider it to be a crowning achievement of the revolution, Zbidi has promised constitutional amendments to consolidate the powers of the presidency.

Zbidi, Mourou and Chahed have all attempted to channel Bourguiba, vowing to uphold Tunisia’s foreign policy ‘neutrality.’ Without fail, they rail against the ‘axis politics’ (siyasat al-mahawir) tearing the region asunder. What that means in practice remains unclear.

Absence of vision and substance

Equally vague is the well-worn promise to rejuvenate the country’s ‘economic diplomacy.’ Chahed, running on a ‘pragmatic’ platform of anti-corruption and paying lip service to the untapped potential of the country’s largely unemployed and restive youth, insists that he will renegotiate Tunisia’s agreements with the EU. (He recently renounced his French citizenship, per the constitutional mandate for presidential contenders, surprising many Tunisians who were unaware of his dual-citizenship.) Despite Chahed’s attempts to model himself after Bourguiba-era prime minister Hadi Noueira, he has over the last three years administered Tunisia’s US$2.9 billion loan from the International Monetary Fund (IMF), with austerity strings attached. His unpopular policies have sparked recurring protests in the capital, as well as the country’s west and south. Construction workers and doctors are the latest groups to threaten an impending strike.

The prime minister’s record does not inspire confidence that he will reverse Tunisia’s descent into economic dependency or limit profiteering by foreign corporations at the expense of local economic gains. His constant spouting of numbers – hundreds of thousands of families receiving aid from the state and a GDP growth rate slowly inching toward 3 per cent – does not mask an unemployment rate of over 15 per cent (more than double the rate in some governorates), skyrocketing prices and public debt soaring to over 70 per cent. Tunisia’s exacerbating socioeconomic marginalisation has prompted many ‘revolutionaries’ of 2011 to opt out of formal politics altogether.

Unlike the 2014 elections, the Islamists have thrown their hat into the presidential ring. Notably, their candidate is not party leader Rached Ghannouchi, but co-founder of the Ennahda movement and Vice President of Parliament Abdelfattah Mourou. According to their election slogan, Mourou is ‘the best Ennahda has to offer’ and, given the party’s base of 500 000 supporters, could conceivable advance to round two.

But for those drawing inevitable comparisons with Egypt in 2012, some important differences emerge. Mourou is not a candidate to win the presidential elections. Landing the presidency would be a real predicament for Tunisian democracy and Ennahda itself, which could sweep the board in the November parliamentary elections. Democratisation will buckle under a concentration of power. Here lies the secret of the durability of the Tunisian experiment: it continually produces and reproduces some form of political equilibrium and balance. This balance prevents any one political force from prevailing and continues to be Tunisia’s most important political specificity: the state will be shared as a function of political partnership, in a model close to consociational democracy. There are winners all around, but no losers – almost.

Perhaps Ennahda has reached political maturity as it competes for the presidency, with an eye on the bartering to come (muqayadah)? Short of winning, a strong and competitive presidential candidate will give Ennahda an edge in the wheeling and dealing of the second round, moderating the tempo of democracy to distribute patronage within the Tunisian political system.

By staying true to his word to avoid the presidential race, Ghannouchi can enjoy the status of the sole political elder after Essebsi. That would be a better position, lofty and distant from the travails of the most difficult post in Tunisia politics – that is, if he stays out of the next Parliamentary race for prime minister too.

Since the revolution in 2011, Tunisian premiers have left behind carcasses of battered heads of government. With varying degrees of success, all have failed to deliver the promised goods of development and political stability. Ghannouchi has never tried his hand in civil service or government posts. A late-comer to executive politics at a time of political strife, he would face socioeconomic challenges that would swiftly end his career on a low note. A better outcome for Tunisia’s democratisation would see Ghannouchi as a seasoned interlocutor politician, a moderator who may be needed to negotiate bargains to keep an entire country and democratic experiment on track.

Beyond the election ‘fetish’

All candidates for the presidency need to transcend the election fetish of using Tunisia’s fledgling and durable democratic process into a personality contest. Politicians need to find shared spaces to work together and collectively contribute to democratic and social success, as well as knowledge transfer. Even if Tunisia is democratic, it remains a poor country. It needs more than periodic elections and none of the candidates have offered convincing attempts to address this pressing issue. How can the candidates harness the abundant human capital and knowledge in the country to take advantage of the democratic moment?

Those looking for a leader to rekindle Tunisia’s revolutionary flame and its twin aims of huriyyah and karamah will be hard-pressed to find them among this year’s line-up. Instead, candidates clamour to prove their ‘stability’ credentials, such as Mourou’s claim that he will be the ‘affectionate father’ for Tunisians or Zbidi’s emphasis on strong states, which he extends so far as to pledge restoring full diplomatic ties with Damascus. Are we back to the all-too-familiar political discourse of patrimonialism? Whether or not such discourses still resonate with a divided public is for Tunisians to decide, as they interpret the outcome of the country’s televised presidential debates, a first in Tunisia and the Arab world, before casting their ballots on 15 September.

For the first time in Tunisian history, will we see a ‘deep state’ candidate (Zbidi) face off against an Islamist (Mourou)? Stay tuned for more twists and turns. Nothing stays the same for long in Tunisia’s democratising politics.

Tweet
More in this category: Tunisia's sustainable democratisation: Between new and anti-politics in the 2019 presidential election »
back to top