Zimbabwe seeks US investment by strengthening relations with Israel 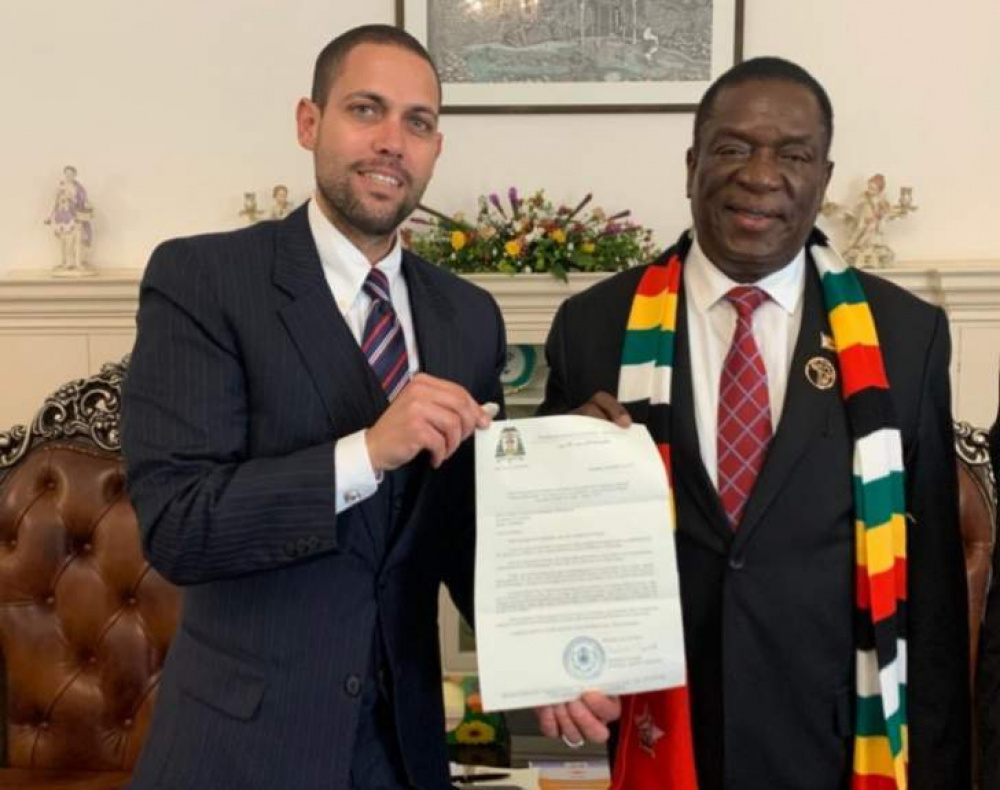 Zimbabwe is set to become the latest African country to embrace Israel as it seeks to get off the US sanctions list. Zimbabwe’s president, Emmerson Mnangagwa, vowed to get the embattled country out of the economic turmoil it had faced under the former president, Robert Mugabe, since the late 2000s, and ending US sanctions on the country would be a good start.

In August, Mnangagwa appointed Israeli citizen Ronny Levi Musan as Zimbabwe’s honorary consul in Israel. This signalled strengthened relations between the two countries, and a move away from longstanding support expressed for Palestinians by the ruling Zimbabwe African National Union – Patriotic Front (ZANU-PF). Musan is alleged to have links with the controversial Nikuv International Projects Company that was accused of engineering Robert Mugabe’s win in the 2013 Zimbabwean elections. He is also the CEO of the Ashelroi Group, which describes itself as aiming to connect companies, organisations,  diplomats,  leaders  and  churches  from  all  over  the  world  to  Israel.

Mnangagwa hopes to enlist Israel’s military intelligence to train Zimbabwe’s security forces and to establish a defence academy in Harare, which will be run by Israelis.

Zimbabwe’s relations with Israel began in the early 1990s under Mugabe, who deployed Israeli riot control equipment to suppress political opposition, especially before the 2008 elections when there was a heavy clampdown on the opposition, particularly supporters of the Movement for Democratic Change (MDC). The former president was also instrumental in Nikuv obtaining a stake in Zimbabwe’sdiamond mines in Mutare through a contract that has since been characterised by widespread corruption. After Mnangagwa took power from Mugabe in a military takeover in November 2017, the relationship with Israel has continued, and, more recently, seems set to improve. Mnangagwa has been on a drive to attract investment into the embattled Zimbabwean economy, and to find a way to re-engage western countries to lobby for the lifting of sanctions against the country; Israel seems to be the gateway.

In October 2019, Mnangagwa met then-Israeli foreign minister, Israel Katz, on the sidelines of the UN General Assembly. Earlier, in April 2018, Mnangagwa accepted the credentials of Gershon Kedar as the non-resident ambassador to Zimbabwe, but based in Israel. Kedar brought representatives of a number of Israeli companies to Zimbabwe, including Michael Biniashvili, who is associated with former Israeli Defense Forces (IDF) general Gal Hirsch, a controversial businessperson who had been accused of bribery and money laundering while heading the Defensive Shield Holdings Company in which Biniashvili is a partner. Defensive Shield Holdings was accused of tax evasion in Israel and of bribingthe Georgian defence minister, Davit Kezerashvili, to secure military training contracts in 2007 and 2008. Another unsavoury businessperson that Kedar has pushed into Zimbabwe is Yaron Yamin, who owns 262 claims on sixty-two gold mines in the southern African country.

These initiatives, with Mnangagwa’s blessing, signal the president’s desperate attempts to appease the West, notably the USA, Israel’s biggest ally. Musan has set plans into motion for Mnangagwa’s official visit to Israel. His activities in Zimbabwe include collaboration with Pentecostal churches to push for Christian support for Israel. Zimbabwe’s honorary consul is also pushing for Israeli businesses to invest in Zimbabwe’s agricultural sector, and he recently announced the intention to open an Israeli academy of agriculture in Zimbabwe.

On the diplomatic front, Israel hopes that Mnangagwa will follow the example of his Malawian counterpart, Lazarus Chakwera, who announced plans to open an embassy in Jerusalem, thus legitimising Israel’s claim of Jerusalem as its capital city, a claim not recognised under international law. Chakwera, an Evangelical Christian who staunchly supports Israel, is on a drive to promote Israel on the continent. His visit to Harare last month likely included discussions with Mnangagwa about relations with Israel and the USA.

Donald Trump’s White House is increasingly doing Israel’s bidding on the African continent, and is pushing for African states to normalise relations with Israel as a means of unlocking US aid and investment. Sudan, for example, is being lobbied to recognise Israel in exchange for being removed from the US list of state sponsors of terrorism. The USA has also lobbied Kenya, which already has strong relations with Israel – including in security and intelligence, to publicly support Israel and push for Israel to get observer status in the African Union (AU). Others countries, such as Chad, have also used relations with Israel as a means of receiving western arms, which are being used to suppress domestic dissent.

Like many other African and Arab states, Zimbabwe has long had secret relations with Israel; these are now coming to light through Mnangagwa’s rigorous attempts to attract investment into the Zimbabwean economy, despite ZANU-PF’s supposed support for the Palestinians.

Last modified on Saturday, 17 October 2020 14:14
Tweet
More in this category: UAE-Israel cooperation in the oil market: More political than economic »
back to top