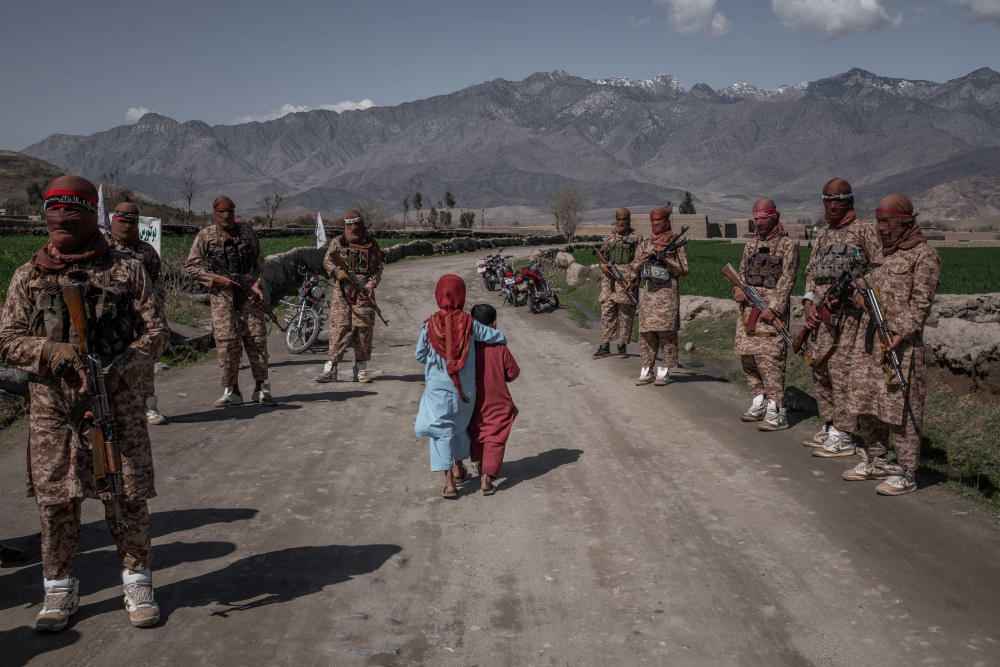 Published in Afghanistan
Tagged under

Much of the reporting and commentary on Afghanistan over the past few weeks has been awash in Orientalism. Many of us are guilty of this practice in the process of opinion- and knowledge-making. It is, therefore, legitimate to ask whether when writing, commenting, reporting or analysing Afghanistan, those doing so are depicting aspects of its history, culture and people, or whether they are just producing reductive representations and stereotypes.

Afghanistan as an Orientalist category

How many of us can identify an Afghan poet such as Gul Zhowandai (died 1988) or the mathematician Sediq Afghan (born 1958)? Not many people would link Afghanistan to the great poet and learned scholar and mystic of Islam Jalal Al-Din Rumi (died 1273). At best, they may muster the name of Khaled Hosseini, author of the famed novel The Kite Runner. Yet Afghanistan is readily and easily confused with ‘the Taliban’. Many students in universities fail to mention a single of these luminaries’ names. They will, at best, have a vague idea of Taliban leaders such as Abdul Ghani Baradar and, in particular, the late Mullah Omar. Even the Cannes-winning Afghan director, Shahraboo Sadat, like filmmaker Sahraa Karimi, are recalled today mainly in the context of their escape from the Taliban, who are generalised as ‘fundamentalist’, ‘militant’ and violent Pashtun tribesmen.

In confusing the Taliban with Afghanistan, an entire country is Orientalised. As in Edward Said’s definition of Orientalism, the ‘style of thought’ on this Muslim Central Asian country reproduces the epistemological binary that pits Afghanistan against the entire world, and especially against European and North American countries. In such a style, diversity cedes to singularity. The rich multi-ethnic fabric that makes up Afghanistan (ranging from Pashtun, Tajik, Uzbek, Turkmen, and Hazara to Kyrgyz, Sadat, Pamiri, Gujjar, among others) is under-stated, if not effaced completely. It is a clear case of epistemic violence, postcolonial scholar Gayathri Chakravorty Spivak would wager. For Afghanistan ceases to be the sum total of these ethnicities and becomes generalised as ‘Taliban-istan’, a Pashtun-like cartography bereft of ‘real’ cultures and ‘civilized’ peoples.

Thus, almost invariably, the contrast that comes to the fore is that of a culturally-backward, politically-chaotic and socially-fragmented Afghanistan. Forget about the Soviet invasion in 1979 and the ten-year war that followed, and forget about its American successor that lasted twice as long, and forget about the aftermath of each conflict. Forget the violence visited upon and suffered by all Afghans through the use of the world’s most sophisticated weaponry, despite the claim that the fight of the US and its allies was primarily with the Taliban (or Al-Qa'ida).

One feature of hegemonic discourse is the oversimplification of categories. In the context of Orientalist cultural production, generalisation and reductionism work in tandem. Note how the current hyperbole surrounding the category of ‘security’ is grounded in the uncritical writing on Afghanistan. The sudden departure of the ‘coloniser’ (USA and its allies) is read in terms of future (perceived) threat, violence, disorder, and human rights violations by the ‘colonised’. The subtext of the criticisms of Biden all aim to highlight the obsession with balances of power, threats to national security, and the turmoil faced by friends of the US in Central Asia. This is what the notion of ‘realpolitik’ has been reduced to. The mayhem and deaths caused by the coloniser hardly get a mention. Rather, what is always mentioned is the colonised as potential losers, in some indeterminate future.

Thus all the liberal hype about protection of civilians threatened by Taliban reprisals and violence, which may be justified, does not conceal the preference for continued occupation. Realist international relations is guilty of the essentialist constructions of categories. Self-vs.-other dynamics are at play, and the insecurity of the other has no moral bearing whatsoever in the calculus of power, especially firepower (i.e. the security of the self), when militarily engaging or disengaging otherness. It reflects a moral inadequacy in the diverse paradigms of international relations that has been questioned most clearly by feminists. Like all ‘others’ of the ‘other’, the realist practice of both knowledge-making (such as of security, nationalism) and of politics (liberal democracy) reproduce them as demoted agents, ‘compromised’ beings (a la Anne Tickner), and, above all else, insecure.

That is why the structural harm bequeathed to Afghans by thirty years of western wars is not given due attention as inimical to human security – of women and of men. Violent as they may be, the Taliban are not the only actors guilty, actual or potential, of oppression. The coloniser’s entire regime of reconstruction, founded on all kinds of -isms (humanism, internationalism, paternalism, and liberal feminism) has obviously proven its perpetually hegemonic content. Today, one can only wonder at the usefulness of the reconstruction (in application and in theory) propped up for years by armies and monies (much of it siphoned off by NGOs requiring protection) that have not proven their worth as instruments of self-regeneration.

Had it not been for the atrophy of colonised-led reconstruction, one would not today be reading about Afghans as objects. Afghans were constructed initially as objects of Orientalist writing, women in need of protection (what Lila Abu-Lughod calls ‘saving Muslim women’) and people in need of rescue. Instead of self-regenerating equals to the colonised, Afghans are today represented as compromised, with demoted agency, suggesting, by some accounts, that Afghanistan is worthy or deserving of re-invasion. Perhaps to have another go at ‘civilizing’ those primitive Pashtun tribesmen.

A la Foucault, the writing and construction of Afghanistan is mediated via unquestioned discourses. As the world grapples with the US withdrawal, such discourses are grounded in power-knowledge frames of acting and thinking. In such frames, the hegemon’s regime of truth is made to pass as universal. This is integral to the reproduction of self-other oppositions in which stereotypes from the centres of power (military, economic or cultural) are sanctioned as knowledge of the ‘other’.

As in the ‘Great Game’ of the 1830s, when Britain and Russia faced off against each other for control of Afghanistan and other parts of Central and South Asia, the power play is paralleled by word play. The word play proves to be more lasting and dangerous because armies ultimately leave. The British had to leave after three Anglo-Afghan wars in which the chimera of fully-subdued Afghanistan was pursued at the expense of their Russian rivals in Asia. That pursuit proved to be ‘stupid’, the word used by the Duke of Wellington in 1838 in the British parliament to record his opposition to the invasion of Afghanistan. No word play can forever pass off the hegemon’s ‘regime of truth’ as plausible, much less credible. Like those British armies and words that installed Shah Shujah Durrani to the throne in Afghanistan nearly two centuries ago (in 1839) had failed to impress the Afghans, the order of words and power attempted twenty years ago by the USA also crumbles. The Taliban returned, as did Dost Mohammad Khan before them, who had been deposed by the British in 1838 and then returned to power in 1842.

If there is any parting word from the attempts at ‘constructing’ Afghanistan, past and present, it is that no amount of Orientalist word play and attendant regimes of truth, whether by the media, social media, or the official transcripts of the powers-that-be, can win the battle of hearts and minds in the ‘West’ or the ‘East’. That battle will definitely not be won by language and knowledge practices integral to imperialist pathology, such as ‘forever war’, ‘long war’ and ‘war on terror’. Knowledge makers today face a stark choice between the deflection of criticism and disruption of racism, sexism, and imperialism.

The continuing relevance of academia or media lies in the willingness to be transgressive by speaking truth to power, to denaturalise ‘truths’ about all kinds of ‘otherness’ in our world. It is such transgressiveness that recasts the use of knowledge-power from imperial epistemic violence into intellectual consciousness, which is imbued with social and moral commitment. That is, a commitment to rethink the power relations between coloniser and colonised, and reject regimes of oppression – discursive or political.